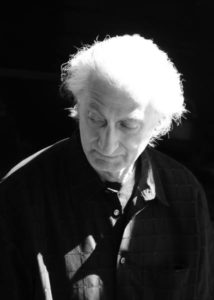 “As a child, the sounds of Middle Eastern, European Classical and American Jazz records were continually present in our multicultural household. These three threads form the tapestry of Sayat-Nova: Songs Of My Ancestors. Integrating them into a single coherent work is the realization of my lifelong aspiration. Here, the quintessential and exquisite melodies of the 18th Century troubadour Sayat-Nova are respectfully preserved, then further transformed through an alchemy of contemporary Jazz harmony and polyrhythm, and finally polished with a Classical aesthetic. I am proud to present Sayat-Nova: Songs Of My Ancestors to a broader public.” – Armen Donelian

Be among the first to hear Armen Donelian perform these masterpieces at a CD release gathering on Sunday afternoon 4pm, April 27, at Castle Street Cafe in Great Barrington. The legendary Hudson Valley pianist gathers his trio, with Dave Clark on bass and George Schuller on drums at the Berkshires’ legendary jazz room for a one-time event, starting at 4pm.

Your $20 ticket assures you a seat and a champagne reception and CD signing with the artist. Don’t miss out, it’s a great room, seating is limited, and the music is exquisite.

NOTE: Advance ticketing is sold out. A limited number of seats may be available at the bar; please check with the venue on the day of the concert, April 27. 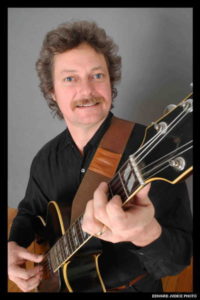 Participating in the First Fridays Artswalk, Pittsfield Sept. 6, 2013, we present The Parker/Byrd Trio. The performers include pianist Warren Byrd, drummer Tom Parker, and Dan Broad on bass. The jazz concert will be held at Baba Louie’s Backroom, 34 Depot Street, Pittsfield. $20, dinner available separately. Please use the Paypal button below to reserve your seat(s) for the concert; remember to enter a name for our reservation’s list.

The video shows Parker and Byrd playing with Brazilian Jazz Trio at the 2010 Pifttsfield CityJazz Festival.

Several free events, including al fresco performances. a jazz brunch and an art exhibit, have been added to the Berkshire Gateway Jazz Weekend, in downtown Lee, July 25-28. Berkshires Jazz, Inc. and Berkshire Gateway Preservation, Inc. have teamed-up to bring a full weekend of marquee performers, a jazz documentary film, and appearances by local jazz musicians to the town.
The weekend kicks off at 6pm on Thursday, July 25 with the screening of “A Life in E Flat,” a biographical profile of the legendary alto saxophonist, NEA Jazz Master and 4-time Grammy winner Phil Woods. Through a special arrangement with Jazzed Media, producers of jazz films and CDs, the screening at the Lee Library on Main Street is free and open to the public.

The festival includes two headline concerts in the striking performance space at First Congregational Church, 25 Park Place. Freddie Bryant & Kaleidoscope appear on Friday, July 26 at 8pm; and the Greg Caputo Big Band with special guest Phil Woods takes to the stage on Saturday, July 27 at 7:30pm. Tickets for these two concerts, $25 each, or $40 for both, are on sale at the Chamber of Commerce information booth in downtown Lee; at Qwik Print, Great Barrington, and Wood Brothers store in Pittsfield and online at www.BerkshireGatewayJazz.com. Information at 413-243-1033.

In addition to the two headline concerts, the weekend is spangled with free events, starting with the Thursday movie, continuing with art exhibit, and a series of “Jazz in the Alley” concerts next to Spectrum Theatre:

Christopher Culpo will give a solo piano concert at First Church of Christ on Park Square, 27 East Street, Pittsfield, MA on Tuesday, June 25 at 7pm. Mr. Culpo, a Pittsfield native, lives in France.

The music of Christopher Culpo is unclassifiable, having its place in the world of theater and dance, in clubs and concert halls. As a performer and composer, Culpo lies at the confluence of contemporary classical music, jazz and free improvisation.

Some recent commissions and performances have been with the Orchestre Nationale of France, the Verge Ensemble in Washington DC, and the Ensemble Itineraire in Paris.

In May, 2013 his orchestra piece Murmurations was broadcast by Radio France. In February 2012 Culpo was awarded the Clefworks composition prize and his work Of Ground, or Air, or Ought- was premiered by the ETHEL quartet in Montgomery, Alabama.

Recent activities as a performer include appearances at Festivals in France, Belgium, South Africa, Italy, Mexico, Australia and New Zealand.

As a performer, Culpo has released three albums: Portrait in Black & White with saxophonist Jean Charles Richard, Love & Bananas Are Here with the Culpo/Richard/Herbert Trio and Fresh Frozen with clarinetist/saxophonist Achille Succi and tubist Oren Marshall.

Culpo will perform his own compositions along with works by Ellington, Monk, Mingus, Cole Porter, and others.

A freewill offering will be taken with donations going to St Joseph’s Kitchen and the artist. Phone: 413-447-7351. Parking is available at Berkshire Bank lot after 6 pm.

The Williams College Department of Music presents the Lionel Loueke Trio, featuring guitarist Lionel Loueke performing with the Williams Jazz Ensemble directed by Andy Jaffe on Friday, April 26 at 8 p.m. in Chapin Hall on the Williams campus. This free event is open to the public. 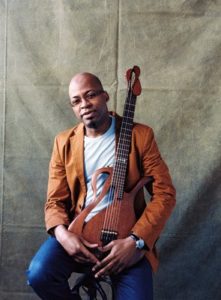 The Williams Jazz Ensemble’s special guest is a musician who draws on many traditions. The resulting blend pleases jazz aficionados, if the critical reviews are to be trusted. More importantly, he speaks his musical language so clearly and fluently that everyone can join the conversation. Praised by his mentor Herbie Hancock as “a musical painter,” Mr. Loueke combines harmonic complexity, soaring melody, a deep knowledge of African folk forms, and conventional and extended guitar techniques to create a warm and evocative sound of his own. He is hailed as a “gentle virtuoso” by Jon Pareles of The New York Times. Mr. Loueke brings jazz into vibrant contact with the sounds of West Africa, in particular his native Benin. The title of his latest album Heritage is a direct reference to his personal odyssey. “I have two heritages,” Mr. Loueke says. “One is from my ancestors from Africa, and that goes through my music, my body, my soul, every aspect of what I do. But also I have the heritage from the Occident, from the West, from Europe and the U.S. I speak English, I speak French, and I have that heritage too. I called [my latest] album Heritage because I’ve been blessed by all different parts of the world, and most of the songs reflect that.”

Percussionist, author, activist, and Pittsfield native Royal Hartigan and Blood Drum Spirit will present a free concert on Sunday, May 5th, 2013, at 3 pm. at the Zion Lutheran Church at 74 First Street, Pittsfield, MA. The event will be celebrating our ancestors and featuring selections from the Ancestors CD and Blood Drum Spirit Live in China CD. A free will offering is suggested and all proceeds from offerings will be donated to the Pittsfield Area Council of Congregations Emergency Fuel Fund and to Berkshires Jazz, Inc. Hartigan will be joined by saxophonist David Bindman, pianist Art Hirahara, and bassist Wes Brown.

The Blood Drum Spirit ensemble brings a global vision to music, exploring deep into the world’s great traditions through the prism of live jazz performance. Ensemble members have lived, played and toured throughout Africa, the Middle East, Europe, the Americas, and Asia, including four tours of China as featured ensemble at the renowned Beijing Midi Jazz Festival. They have released three double CDs, most recently Ancestors and Blood Drum Spirit Live in China, (Innova 2008), both to critical acclaim. In its 27th year, Blood Drum Spirit features a combination of world music with extended improvisations, original compositions reflecting influences from India and Africa, as well as unique interpretations of jazz classics in the African American tradition. For more information visit www.blooddrumspirit.com or royalhart.com/ensembles. 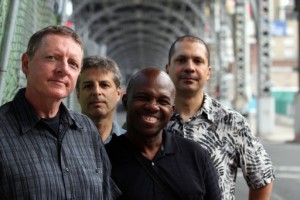 A jazz concert by the Jeff Holmes Quartet is on the schedule April 5, 2013 at Baba Louie’s in Pittsfield, MA. On the first Friday of April, Berkshires Jazz welcomes Jazz Appreciation Month, a program of The Smithsonian Institution, with this concert and CD-release party. An accomplished composer, educator, and multi-instrumentalist, Holmes plays piano on his first small-group recording, Of One’s Own. The CD is receiving lots of airplay (and online), and will be performed along with other works on April 5 at Baba Louie’s Backroom, 34 Depot Street, Pittsfield. Starting time is 8pm, as the museum and gallery activities of Pittsfield’s monthly First Fridays Artswalk wind down. Tickets: $20 (advance purchase highly recommended). Dinner available separately either in Baba Louie’s main dining room or in the backroom.

Preservation Hall Jazz Band will perform Friday, February 8, 8:00 pm at the Sterling and Francine Clark Art Institute in Williamstown, MA. Advance tickets are $42 ($38 members and students); $45 at the door. To order tickets, visit clarkart.edu, or call 413-458-0524.

The band derives its name from Preservation Hall, the venerable music venue located in the heart of New Orleans’s French Quarter and founded in 1961 by Allan and Sandra Jaffe. The band has traveled worldwide, spreading their mission to nurture and perpetuate the art form of New Orleans jazz — a mission strengthened by the devastation brought about by Hurricane Katrina in 2007.

Whether performing at Carnegie Hall or Lincoln Center, for British royalty or the king of Thailand, this music embodies a joyful, timeless spirit. Under the auspices of current director Ben Jaffe, son of founders Allan and Sandra, Preservation Hall continues with a deep reverence and consciousness of its greatest attributes in the modern day as a venue, band, and record label.

PHJB began touring in 1963. Many of the band’s charter members performed with the pioneers who invented jazz in the early twentieth century, including Buddy Bolden, Jelly Roll Morton, Louis Armstrong, and Bunk Johnson. Band leaders over the PHJB’s history include the brothers Willie and Percy Humphrey, husband and wife Billie and De De Pierce, famed pianist Sweet Emma Barrett, and Wendall and John Brunious. These founding artists and dozens of others passed on the culture of their music to a younger generation, who now follows in their footsteps.