Remembering Dave Brubeck in the Berkshires

By Ed Bride, president of BerkshiresJazz. The passing of jazz master Dave Brubeck is unarguably one of the most noted and widely-reported transitions in the music industry — if not the entire cultural scene — this year. His was one of the few household names that jazz has produced, and the Berkshires were blessed by his presence many times over his more than 60-year career.

Consider this: his 1950s-era performances at Music Inn set the stage (sorry) for his legendary musical output that spanned classical and jazz, as well as reaching popular audiences; his many appearances at the now-extinct Tanglewood Jazz Festival drew throngs, as well as rave reviews. What many people may not realize is that Brubeck’s final appearance in the Berkshires was barely three years ago: in Pittsfield, on Oct. 27, 2009, the headline concert for our 5th annual Pittsfield CityJazz Festival.

Those who were privileged to work with Dave at that event were impressed with his professional demeanor, his outgoing personality, his humility, and, despite his frailty, his abilities. Although he hobbled to the piano, when he sat down he became 50 years younger. It was amazing.

Equally important, he enjoyed working with the student musicians in the Berkshires Jazz Youth Ensemble, sharing the piano bench with then-freshman Sam Landes, creating a lifelong memory for students, families, and all members of the audience.

They collaborated on a tune of Brubeck’s choosing, his frequent encore: the popular Duke Ellington theme, Take the ‘A’ Train. Written in the key of C, it was transposed to A-sharp for the student version, and Dave quipped that he hoped he could play it in that key, which he had never done before.

I was fortunate to sit next to Dave at a panel during one of the aforementioned Tanglewood Jazz Festivals. The purpose of that 2004 panel was to reminisce about Music Inn; other panel members included Dave’s wife Iola; Benjamin Barber, who had grown up at the famous Lenox jazz resort; and several media people. Representing the New England Jazz Hall of Fame, I was there to present the hall’s “Unsung Hero” award to Stephanie Barber, proprietress of Music Inn, for her work as a jazz advocate. Stephanie had recently passed away, and the award was accepted by her family.

As a frequent Music Inn resident and performer, Dave recollected many anecdotes for the audience at that panel. Here are two of my favorites:

He often stayed at Music inn with his young family, in rooms adjacent to the famous Music Barn. During one concert, he recollected, the Stan Kenton band was performing in its usual loud, dissonant, bombastic style; Dave’s young daughter found her way to the wings of the stage, where she blurted out, “Hey, can’t anybody get some sleep around here?”

The panel discussion was captured on video, and if I recall correctly, Dave’s story is included on the documentary film that was made about Music Inn.

Belying the jazzers’ reputation as wild-living, irresponsible chemically dependent characters, Dave remained a devoted, clean-living spouse for their entire marriage. And as for the night-life at Music Inn, he recalled the “wild” croquet games that went well into the night, requiring automobiles to assemble around the court, with their headlights on for illumination.

Dave Brubeck helped Berkshires Jazz, Inc. achieve both aspects of its mission of presenting memorable jazz events and encouraging jazz education in Berkshire County. His Berkshires appearance in 2009 turned out to be the last time that some 750 people at the Colonial Theatre, including this writer, would ever see him. My last memory is walking from the “green room” to his car, his hand on my shoulder all the way to the door of his vehicle, with Iola and manager/friend Russell Gloyd following.

No photographer to record the moment, it now seems both surreal and profound that this great man of music would exit the Berkshires via the stage door of The Colonial Theatre. But he left many smiling faces, people tapping “Take 5” on uncontrollable toes for days to come.

We may never see the likes of Dave Brubeck again, and the Berkshires are fortunate to have shared his presence. He touched so many lives: young musicians, fans, other composers. A veritable ambassador for jazz, he was universally loved and respected. And now, after inevitably shedding some tears, his name again brings a smile to my face. 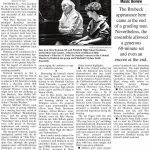 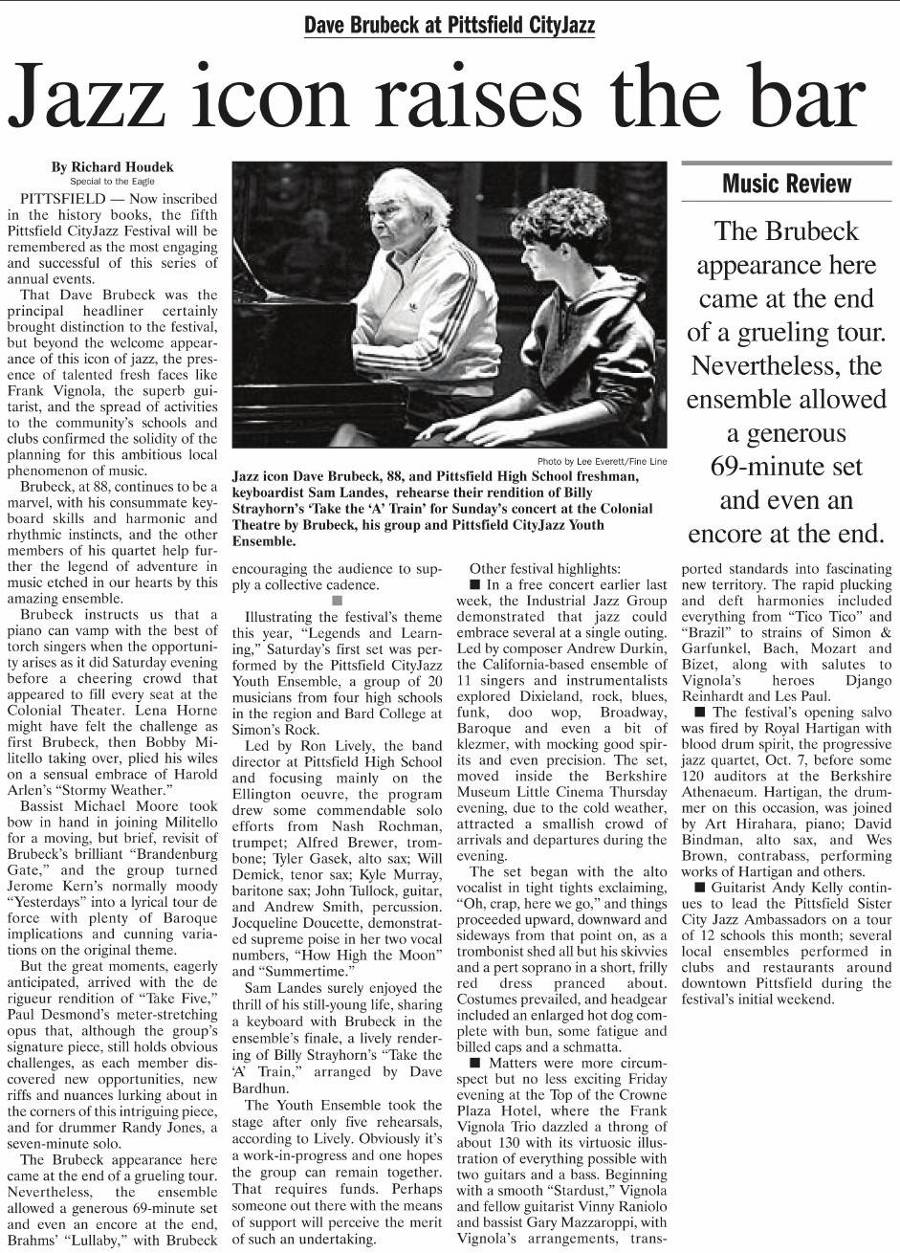 Here is a video clip, made by Jenn Smith of the Berkshire Eagle, from our Jazz in Schools program, part of the Pittsfield CityJazz Festival, showing the Sister City Jazz Ambassadors playing at Hancock Elementary School in Hancock, MA (featuring Charlie Tokarz, sax and clarinet; Andy Kelly, guitar): 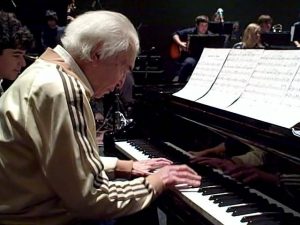 First report of the Dave Brubeck Quartet’s 2009 Pittsfield CityJazz Festival performance with the Berkshires Jazz Youth Ensemble at the sold-out Colonial Theatre in Pittsfield has been posted at BerkshireLinks.com. It includes a three and a half minute video clip that segues from the afternoon rehearsal to the evening performance with Mr. Brubeck sharing the piano with Pittsfield HS student Samuel Landes.

Following, is more video from rehearsal, including final preparations for Mr. Brubeck’s transition with PHS student Sam Landes, and interactions with Art Neideck, Ron Lively, and Ed Bride. And there’s another video clip from the concert that can be seen here on YouTube. 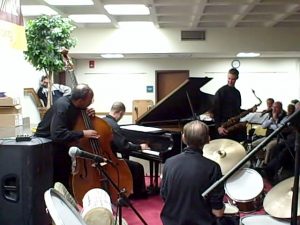 2009 festival is underway…
See a video montage at BerkshireLinks.com from the opening performance of the festival, royal hartigan and blood drum spirit. More video will be posted here soon.