If you ask 10 jazz fans to name the greatest big-band drummer of all time, chances are that 8 or 9 of the responses will be “Buddy Rich.” An icon of speed, precision, and taste, Rich still has a worldwide following, 30+ years after his passing. Berkshires Jazz is celebrating his 100th birthday year with a concert on July 22, featuring the big band of drummer Gregory Caputo. 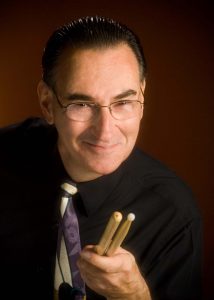 class jazz artists. Local fans remember his appearance in Lee with NEA Jazz Master Phil Woods, which turned out to be Woods’ final appearance in the Berkshires.

His big band is a who’s-who of jazz musicians. Called the “keeper of the big band flame” by Jazz Times magazine, Greg’s repertoire is always presented with great precision and spirit. Classic Drummer magazine describes Greg as “a master drummer who speaks volumes in refined sensibilities and superb technique.” An inductee into the National Jazz Archives, he is also on the faculty of UMass’ highly-regarded Jazz In July program.

Fasten your seat belts for a great evening of some of the finest big-band material you’ve ever heard.

The concert is on Saturday, July 22, 7pm, at the Lee Meeting House (Lee Congregational Church), 25 Park Place in the Berkshire Gateway town of Lee, Mass. A stunning venue, both acoustically and visually, a great place to hear a big band. Tickets are $25 in advance, $30 on the day of the event. Click here for online box office. 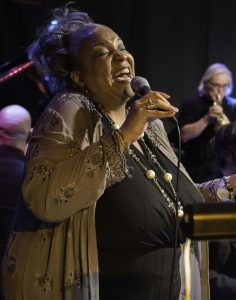 With the 2016 Pittsfield CityJazz Festival in the books, new programming will be be announced here soon – and via our mailing list, which you are welcome to join today: