Joining the trio for this evening is award-winning baritone saxophonist Claire Daly, who is right at home with the mix of familiar and original. Recognized as an interpreter of such legends as Thelonious Monk and Gerry Mulligan, she has appeared in a wide range of ensembles, and has appeared in the Berkshires in both a big-band and small-group setting.

Tickets are $25 in advance, $30 on the day of the concert, and are available here, and at Wood Brothers Music, Allendale Shopping Center, Pittsfield.

Berkshire native Miro Sprague is a pianist and composer, known for his inspiring creativity, dynamic and passionate performance style, and artistic versatility. He has performed at many of the world’s top venues and festivals in settings ranging from solo piano to septet. He leads his own trio and quintet, and is a member of the cooperative septet “Holophonor”. He has performed with many renowned artists, and is an in-demand vocal accompanist. Since 2015 has been the pianist of choice for vocalist Karrin Allyson, appearing with her at the 2017 Pittsfield CityJazz Festival, along with bassist Marty Jaffe. 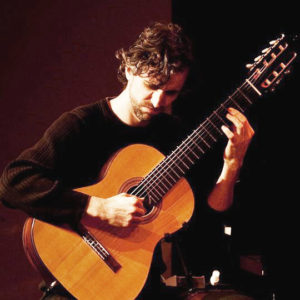 Guitarist Jason Ennis is an exciting voice in the world of jazz guitar. His unique sound, deep groove and sensitive feel, along with a diverse background in jazz, blues, Brazilian music and classical music have made him highly in demand as a soloist, sideman, bandleader and musical director. Jason leads his own instrumental group, Trio Jota Sete, and co-leads the world jazz trio, La Voz de Tres, which has toured extensively throughout the United States and Chile and has released two CDs. His searing blues style is a cornerstone of the NYC-based jazz/blues powerhouse group, Opius Bliss. 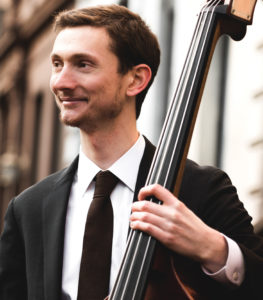 Also a Berkshire native, Marty Jaffe comes from a musical family that includes his father, the educator, composer and bandleader Andy Jaffe, a former Board member of Berkshires Jazz. A Juilliard graduate, Marty is the youngest member of the group, and is already in demand as an ensemble player and soloist. He has performed in venues around the world, and has appeared in the Berkshires with Samirah Evans and Karrin Allyson, among others, as well as with Jason Ennis and Miro Sprague. 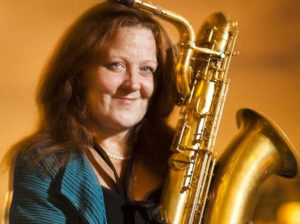 Guest artist Claire Daly’s career has included anchoring the sax section in the Diva Big Band, freelancing in New York doing every imaginable kind of gig, recording five CDs with the band “People Like Us”, as well as several CDs as leader. She has appeared at many festivals and venues, including Pittsfield, where her last appearance was with Sharel Cassity and Ada Rovatti and the Empire Jazz Orchestra. President Clinton’s Library requested a copy of her first CD, Swing Low, to be included in a listening station as a CD that was significant to the former president while in office. A four-time winner of the Downbeat Critic’s Poll “Talent Deserving Wider Recognition,” she was also recognized by the Jazz Journalist Association as Baritone Sax Player of the Year.

Check back for updates, tickets are on sale now (click here). The venue is amazing, both visually and acoustically. It’s great to be holding an event in this remarkable performance space. Seating is limited, don’t miss out on this highlight of the holiday weekend.

Tickets on sale for Pittsfield CityJazz Festival Look-back on 2019