NOTE: the online box office is closed. Tickets will go on sale at The Stationery Factory on Oct. 9, at 6:30pm. Premium Seating may be limited.

An unequivocal musical prodigy, singer-saxophonist-songwriter-composer and band leader Grace Kelly has rocked the jazz world with sold-out concerts . . . 14 acclaimed albums . . . and a resume that includes performing at the Hollywood Bowl and as part of the house band for “The Late Show with Stephen Colbert” – all before reaching her mid-twenties. She takes a break from her band’s 28-city CD tour and returns to the Berkshires for a special appearance at The Stationery Factory. 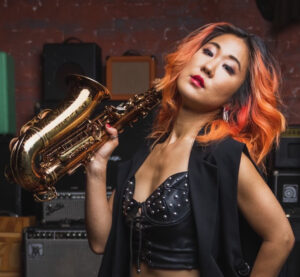 As a young lion in jazz, Grace Kelly’s honors include multiple ASCAP Composer Awards, Song of the Year in the 2018 John Lennon Songwriting Contest, and she has been named nine years consecutively in the Annual Downbeat Magazine Critics Poll, “Rising Star Alto Saxophone” (the youngest ever named to Downbeat critics poll in 2009). She has played in the house band for The Late Show with Stephen Colbert and was featured in Amazon’s Emmy-nominated series Bosch, where she played her original composition, “Blues for Harry Bosch”. That appearance has brought her wide recognition beyond the regular jazz audience, attracting crowds of all ages and description to her concerts. And, now’s your chance to catch her in a different setting.

The 20-piece UConn Jazz Ensemble is renowned as one of the outstanding jazz aggregations in the northeast. Their Stationery Factory performance includes their own material plus several big-band arrangements of Grace Kelly’s vocal and instrumental compositions. The band is directed by John Mastroianni, a top leader, composer/arranger and alto saxophonist who has appeared with several big bands in the area, including the New England Jazz Ensemble, the Greg Caputo Big Band, the Jeff Holmes Big Band, and others.

The venue, The Stationery Factory (63 Flansburg Ave., Dalton), has stunning acoustics, rarely put to the test by large jazz ensembles. The audience is in for a unique and memorable music experience.

Bar service will be available. There are two levels for seating; Premium (which includes a cocktail table and cushioned chairs), and General Admission. Don’t miss out.  Click here for tickets.

Click here to enjoy a brief introduction to this most exciting and talented artist. 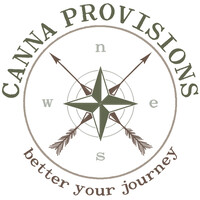